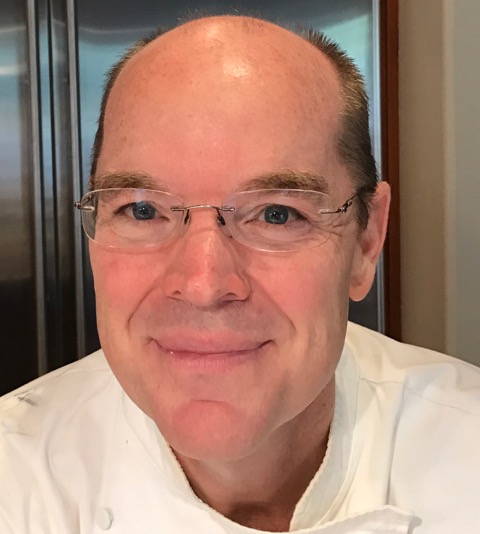 Peter McCaffrey was for many years a prominent and successful chef/owner of a high profile catering company in the Wine Country area north of San Francisco. He operated Wine Valley Catering for 20 years, with a client list that included Opus One Winery, Mr. and Mrs. Robert Mondavi, Google, Yelp, and the City of San Francisco. His company provided F&B services at the prestigious Villagio and the Vintage Inn in Yountville, CA.

Peter is a graduate of the California Culinary Academy. After graduation he made the rounds of some of the most prominent restaurants in France, working under Chefs Alain Ducasse, Alain Senderens, and Phillipe de Givenchy. He returned to the US to take on a number of important culinary positions, including Executive Sous Chef at the Lafayette Hotel in Boston, Chef de Cuisine and the Portman Hotel in San Francisco, and Executive Chef at the Brava Terrace Restaurant in the Napa Valley.

After spending time working on several important catering functions, including the San Francisco Wine Auction, the Napa Valley James Beard Dinner, and the Napa Valley Wine Auction, Peter decided to take on the catering challenge by starting his own catering company. In addition to acting as chef/owner, he was also the general manager of the Wine Valley Catering company, and was highly successful.

Catering in the Napa Valley area was and is a challenge, because of the extraordinarily high expectations set by the wine and culinary communities in the region. WVCC was for years the most successful caterer in the area, which is an indication of the quality of the product that the company, led by Peter, offered their clients.

Since retiring from running his own business, Peter has decided that he wants to continue to participate in the catering industry, by becoming a culinary consultant. He is available for consultations through Certified Catering Consultants either on his own or as part of a consulting team.

We're not around right now. But you can send us an email and we'll get back to you, asap.